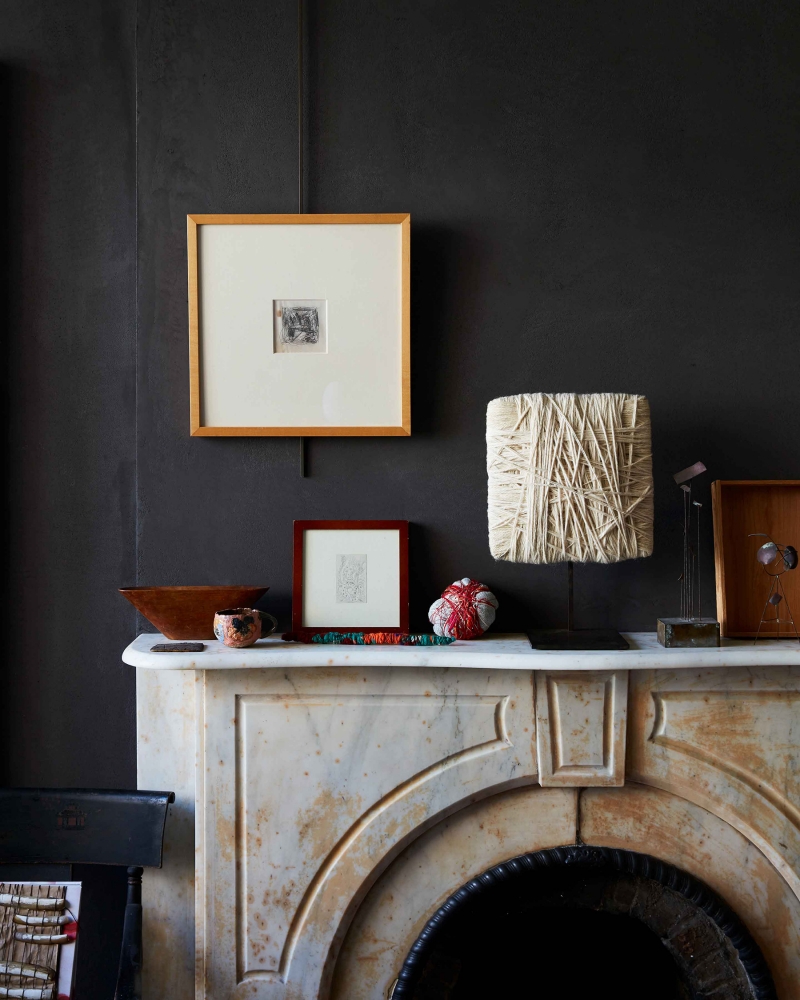 The cofounder of French design gallery Demisch Danant invites artist and longtime friend Sheila Hicks to help peel back the layers of her home in New York City.

Suzanne Demisch never trained as a detective, but given the laser-sharp focus of Demisch Danant, her New York City gallery that focuses exclusively on postwar French design from the 1950s through ’70s, she’s more than qualified. To wit: Demisch and her business partner, Stephane Danant, tracked down designer Maria Pergay (and subsequently signed her to their roster) by combing through the phone book in Morocco.

Her gallery, which also represents Pierre Paulin, Jos Devriendt, and Joseph-André Motte is evidence of her passion for this overlooked sliver of design history and her insatiable drive to unearth its gems. Demisch herself leads an intensely private life. Few have ventured inside her East Village apartment, an airy, plant-filled oasis in a 19th-century red-brick co-op that she’s called home for nearly 20 years. On a balmy October afternoon, Demisch invited her longtime friend, fiber artist Sheila Hicks, for a first-time tour of the apartment, which teems with treasures from the gallery and personal objects Demisch has collected from her travels.

This feels like a painter’s house. Did a painter live here?

I bought this apartment in 2000 and renovated it when I was pregnant with my son, Marlowe, in 2006. The neighboring unit belonged to the artist, photographer, and painter, Saul Leiter, who lived here for nearly 60 years. Francois Halard had actually shot it for a book, and when Saul died in 2013, I bought his apartment two years later. I wanted to preserve his spirit—the quirky elements like the paint, the layers, and the history.

You can see the original plaster on the door.

The color is the same as Saul’s original. In the 1940s, the building owners added enormous windows to bring more light into the artist lofts. Back then, the East Village was a happening place! Louise Bourgeois, Robert Rauschenberg—they were here.

So the original paint isn’t poisonous?

It was leaded at first, but we removed it. The walls were crumbling, so I hired a plasterer to restore the original look. The black plaster is actually inspired by a trip to Pompeii—I was mesmerized by how it gives an old-world touch.

Who built the original structure?

We think a Civil War general. Some years later, it was converted into an orphanage. This is one of the only blocks in the East Village that has honored its history and hasn’t gone commercial. Marilyn Appleberg, the co-op’s president, has lived here for 60 years. She’s responsible for the trees, lampposts, stone paving, and the original development’s integrity.

Click to read the full interview
Back To Top